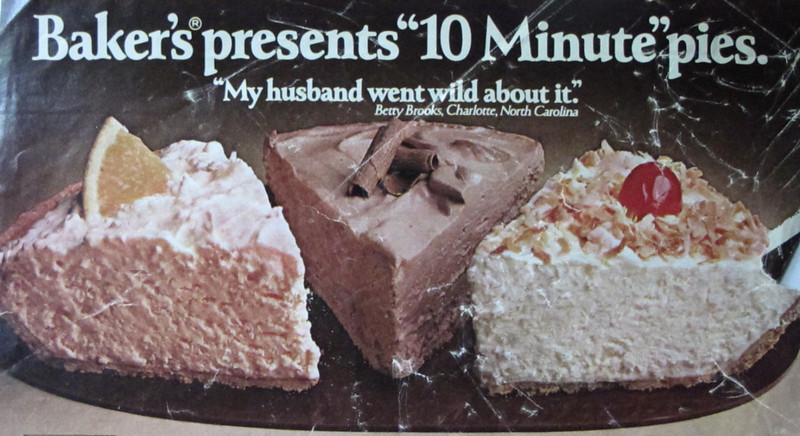 Ten minute pies – Remember them from the seventies and eighties? We were all wild about them!

You had dessert in a flash with Baker’s® ten minute pies.

I was short on time that day and drawing a complete blank on what to prepare as a surprise dessert.   Then I remembered an ad I had just seen in a magazine.

Quick and so easy to make, these Ambrosia, Chocolate Mousse and Coconut Cream frozen ten minute pies were an instant hit at dessert time.  In fact, the caption in the ad was spot on.  My husband definitely went wild about them.  So did the kids and everyone else.

During the late 1970’s and the early 1980’s, these ten minute frozen pies were all the rage and rightfully so. 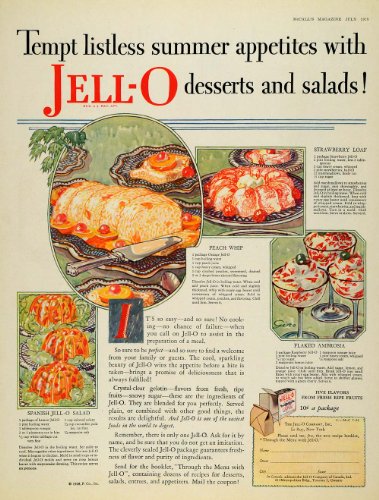 Frozen pies,  ten minute pies, no-bake cheesecakes, made in the blender pies – no matter which variation of fruit pie selected, they were quick and easy to prepare.  Smooth and light, cold and flavorful, they were the perfect summer pies.

Actually, the pumpkin cheesecake was equally good and a perfect addition to the dessert selection at Thanksgiving ( Note to self: Put it back on the menu this year!).

The pies need at least 4 hours of chilling time before serving to solidify the cream cheese called for in nearly all the recipes. Any leftovers must be kept refrigerated.

The chocolate mousse pie became an instant favorite but it was another frozen concoction which became a perfect summer dessert: the Ambrosia Pie. 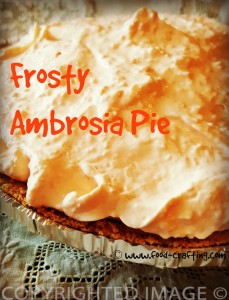 This creamy orange flavored pie highlights the sweet taste of coconut flakes with the flavor of a fresh orange. A simple graham cracker crust complements the pie filling perfectly.  Decorate the top with fresh orange slices or mandarin orange wedges.

The chocolate mousse version is incredibly quick and easy to prepare.  In fact, we’ve had the pie filling alone sprinkled with the crumb crust, crushed cookies or chocolate shavings.  It is just as good as having it in pie form and makes an impressive dessert.

Close your eyes for a second … and the coconut cream pie will whisk you away to a tropical island.  As a topping, try white chocolate curls or fresh coconut shavings.  No need to toast them!

Do not hesitate to add these frosty and fruity ten minute cream pies to your menu for the coming hot summer days.


Photo of the recipe clipping taken by www.food-crafting.com / Original photo copyright of their respective owners.

We omitted the food coloring due to allergies. On many occasions, we prepared our own graham cracker crust but buying the ready made crust is certainly convenient and speeds up the pie making even more.
3.2.2925