Cooking Picnic Ham: How To Make Dinner For A Crowd! 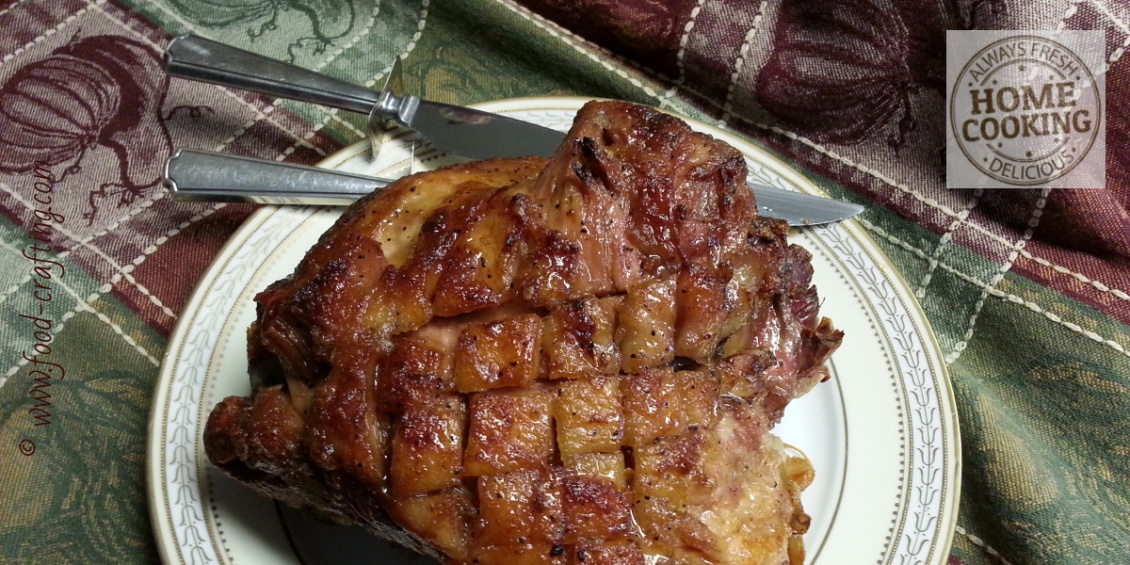 Cooking Picnic Ham – The centerpiece at dinner tonight was an 8 and 3/4 pounds glazed picnic ham.  Earlier this afternoon, it spent four hours slow roasting in the oven.

The slow roasting allowed most of the fat to render under the skin which crisped up rather nicely.   It came off in two neat pieces and exposed a much thinner layer of fat.

I slashed the fat and applied a liberal coating of a vinegar based, mustard, cloves and brown sugar glaze then popped it back into the oven to brown. The ham was well on its way to being scrumptious. 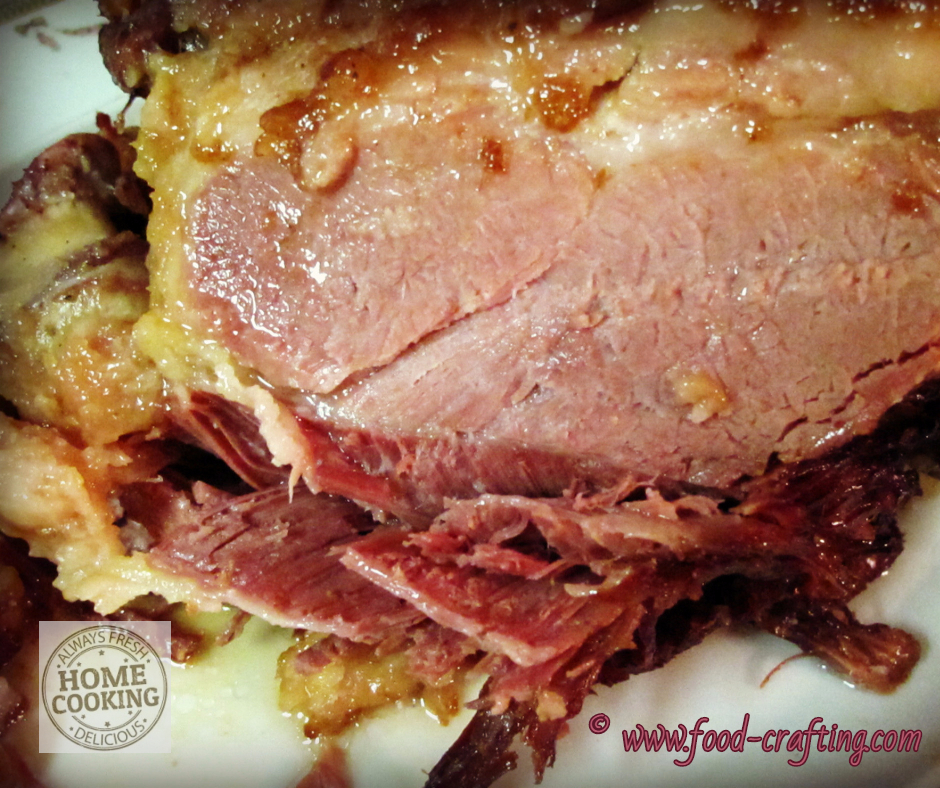 Years ago, I prepared huge picnic hams in a 23 quart pressure cooker. It is hard to believe that replacement parts are still available for this behemoth!

Large hams are easy to fit into an equally large piece of cookware. The problem now is the pressure cooker does not fit on my stove!

Why in the world would I buy such a large pressure cooker?  Somehow, my mother in law had once convinced me that I needed to can and make preserves.  That did not go so well.

But… the cooker came in handy when making picnic hams or feeding a crowd!

Nowadays, any large piece of meat – from roasts to hams and the Thanksgiving turkey – slow cooks in a large oval granite ware roaster. 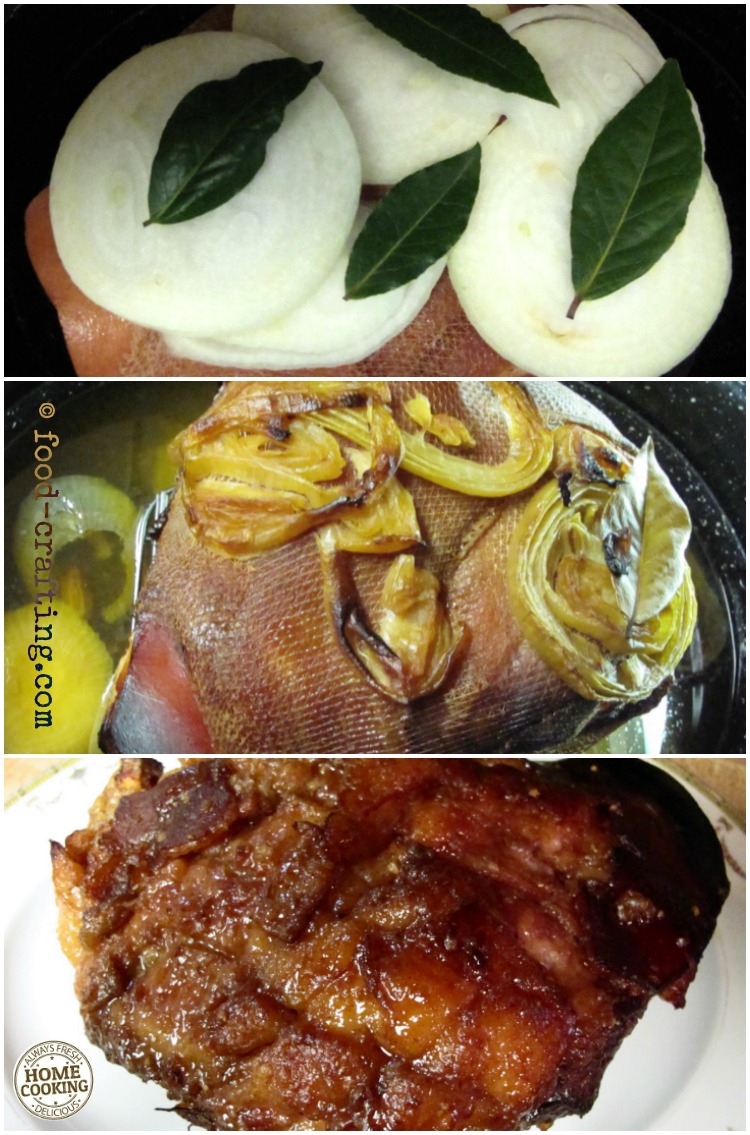 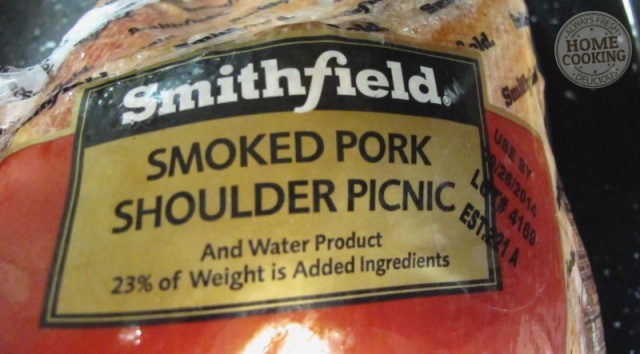 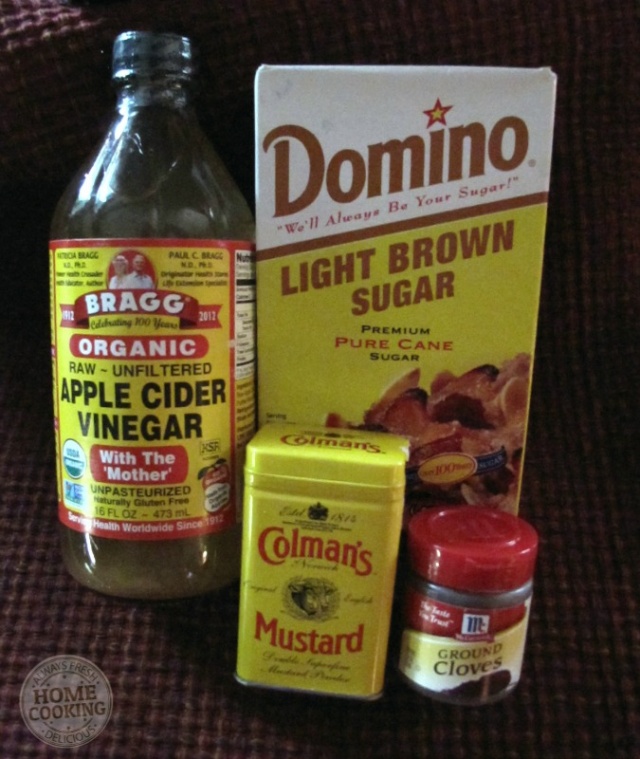 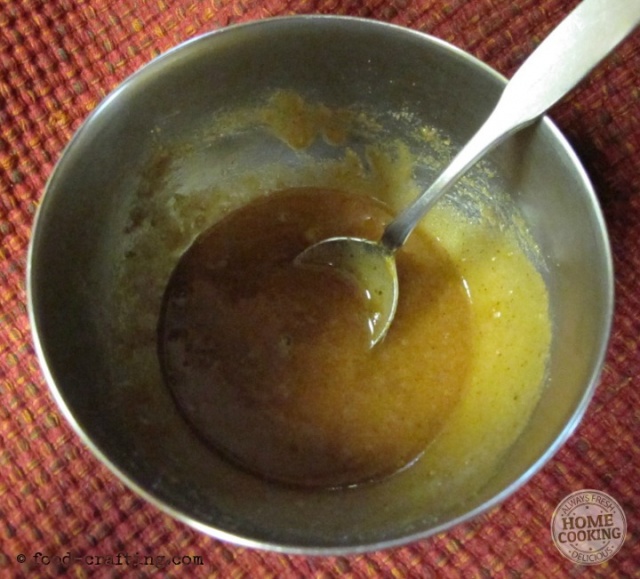 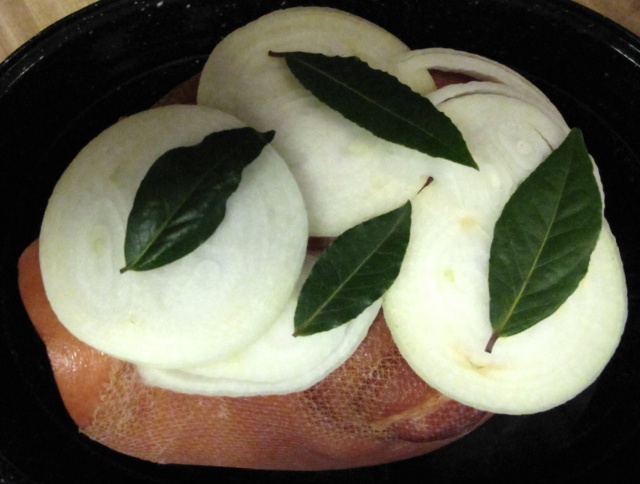 The original recipe for a “barbecued” picnic ham comes from the instruction booklet that came with my monster pressure cooker-canner.

Ingredients have been tweaked over time to include different types of hams and glazes. But the result has always been the same – a memorable meal.

Ever seen grown men belly up to a kitchen island to pick off bits of succulent barbecued ham?  And that’s after they sat down to dinner.

The ham is first pressure cooked (or roasted in the oven in a pan with a high dome lid), them transferred from the pressure cooker to a shallow pan and placed on the grill.

Over low heat, the ham is basted with barbecue sauce or your favorite glaze until the sauce caramelizes and creates a scrumptious impossible to resist glaze.

You can re-create the results in the oven.  Once the ham is cooked through, remove the lid from the roasting pan and proceed as if the ham was on the grill.  You may need to give it a few minutes under the broiler to get the get the crunchy caramelized bits. Only thing missing is the smokey flavor.

Whether finished on the grill or in the oven, don’t let the ham dry out.  Use the pan drippings to baste and it keep it moist.

Where there is ham, there is potato salad.

While the ham is slow roasting, I boil about one and half pounds of baby reds to make a quick potato salad.   To be served on a bed of shredded lettuce.

We’re not into removing the skin from those cute little taters.  So, while still hot, I cut them into quarters and tossed them with a simple vinaigrette and finely chopped scallions.

I never measure out the ingredients for the vinaigrette. but I did write down the proportions.   A few sprinkles of vinegar, some sea salt, a few turns of freshly cracked pepper and a drizzle of olive oil.

Toss the potatoes a couple times and repeat the process for what I hope is the other side of the potatoes!  Be sure to taste test so there are no surprises.

Only thing left to do (when the potatoes have cooled) is add mayonnaise to taste.

Serve the potatoes on a bed of lettuce surrounded by a few wedges of Roma tomatoes.

Oh!  And have your favorite barbecue sauce handy.  Tonight the DH thought the glaze was not enough.  You might agree with him or prefer a candied bacon glaze.

It’s still February. The outside temperature is below freezing.  Dinner however was a real picnic.