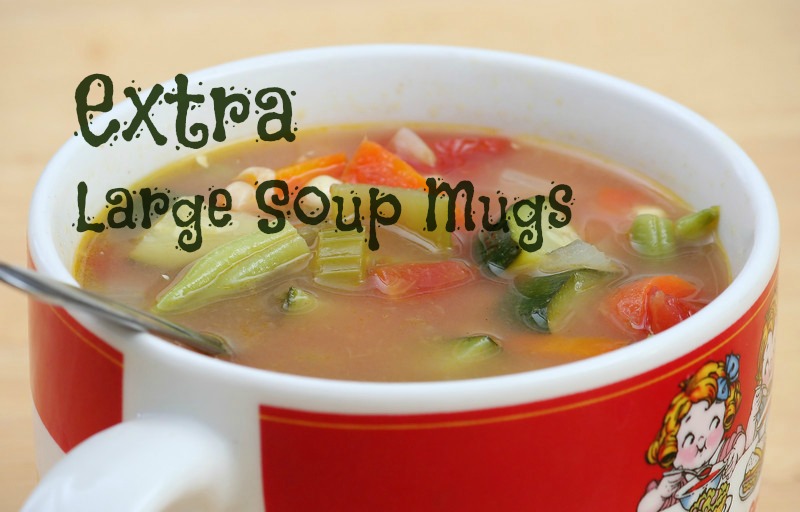 Extra large soup mugs – They come in an amazing assortment of collectible styles and materials.

Today, while updating my Ham Bone Bean Soup recipe, I was reminded of the way soup is served in different countries and in various cuisines.

We eat quite a bit of soup – even celebrate Homemade Soup Day – so visions of yesteryear popped up in my head along with the traditional soup dishes that sit unused except by a few family members.

In a hurry? ==> Select from a variety of extra large soup mugs

In my small hometown in the French countryside, we ate soup – even a creamy Vichyssoise – in wide and shallow soup plates much like one seen in the photo below.  By the way, this variation on mushroom soup looks delicious! 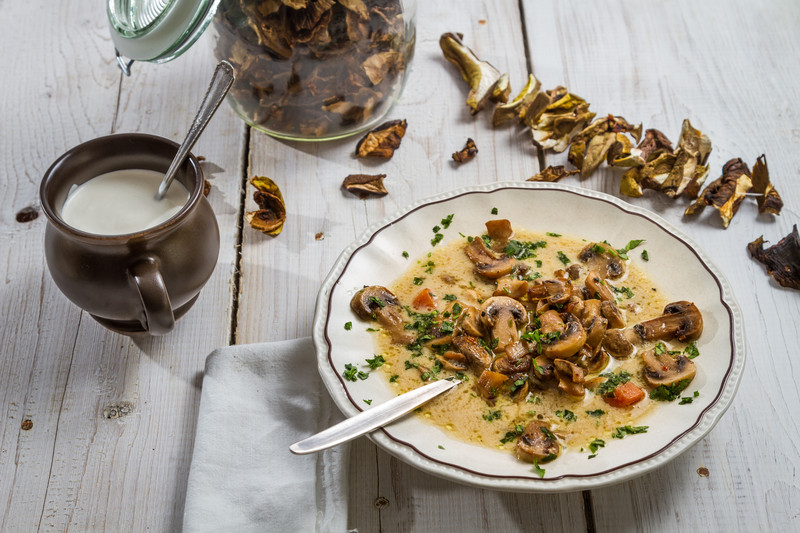 (c) Can Stock Photo” width=”800″ height=”533″>When it came to other types of soups like Grandma’s country-style vegetable soup or her yummy Potée Lorraine, those large soup plates made it was easy to spoon out the meat, the vegetables and eventually dunk a piece of crispy baguette in the rich broth. 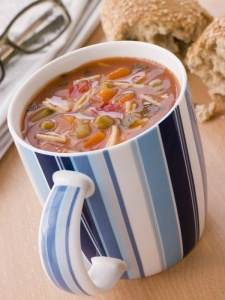 My mother-in-law, on the other hand, always served soup in a regular coffee cup or what I call a “hot chocolate” mug as seen on the right.

Newly arrived on this side of the Atlantic, I found it unusual to eat soup that way because it was very difficult to sip on a mug of ham and bean soup, Peking pork soup, vegetables with rice or even chowder for that matter, while all the meat and veggies smacked you in the mouth as you sipped on the broth.

Can you imagine having a cup of my Italian Sausage Soup in a cup? I can’t.

Even the onion soup was served in a cup – without the addition of that wonderful topping of cheesy crouton.  There are so many traditional crocks and pottery ware specially designed to serve onion soup.  But I digress…

There was, in my humble opinion, no graceful way to eat any kind of soup other than bouillon from a small cup or even a large mug.   Everyone still reached for a spoon to fish out the goodies from the bottom of the cup!

That scene played out nearly 50 years ago but I remember it as if it were yesterday.  After all this time, what can I offer as proof? The soup bowls that came with one of my first set of dishes are intact while nary a single cup still exists in pristine condition.

It’s a good thing I kept the vintage Denby out of reach!  Denby still sells sets with different shapes and sizes of large soup bowls and plates. 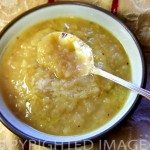 But that’s just me.   It’s the traditional in me but that is when I decided that at my table, any type of soup would be served in an extra large soup mugs (a good compromise don’t you think?) – mugs large enough to resemble small bowl with plenty of space to dip a spoon – extra large soup mugs that did not belong to any set of dishes.

I will quickly add that old habits die hard.  The DH still pours his soup into a cup.  I make sure it was a big cup. 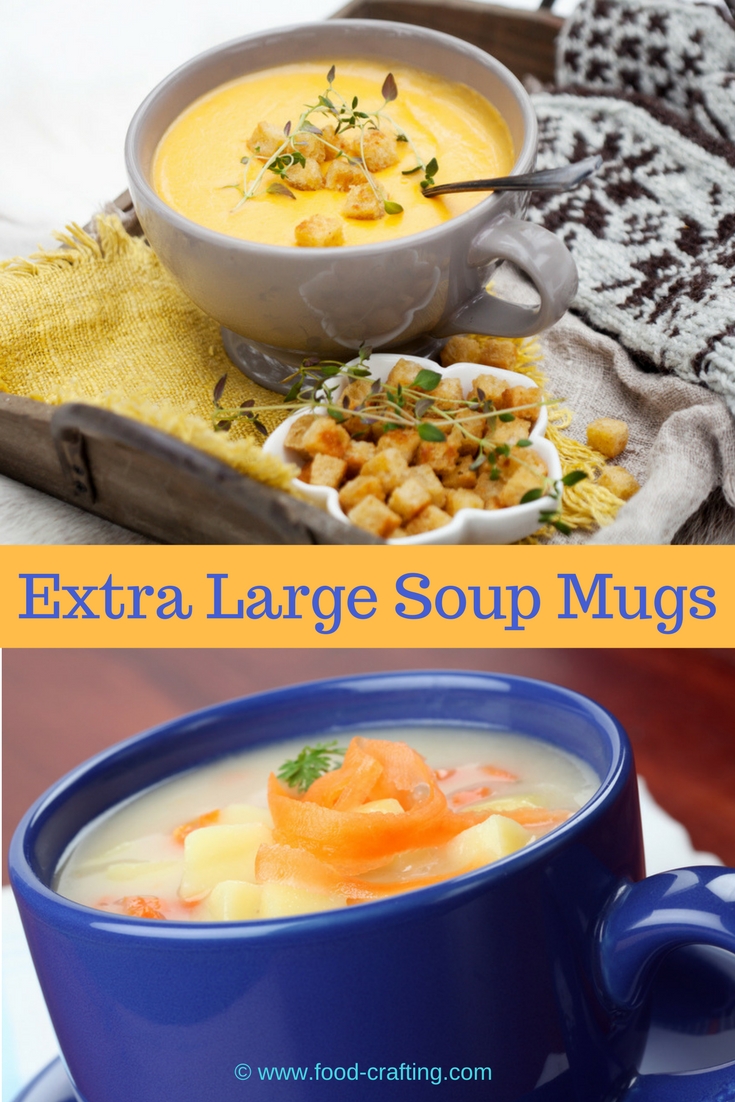 What qualifies as an extra large soup mug?

If you are going to serve that much soup to each dinner guest, it might be time to bring out the 24-ounce serving bowls and maybe a paddle to fish for the croutons.

Twenty four ounces is a lot of soup although I know one person who can easily help himself to multiple refills to equal that amount. 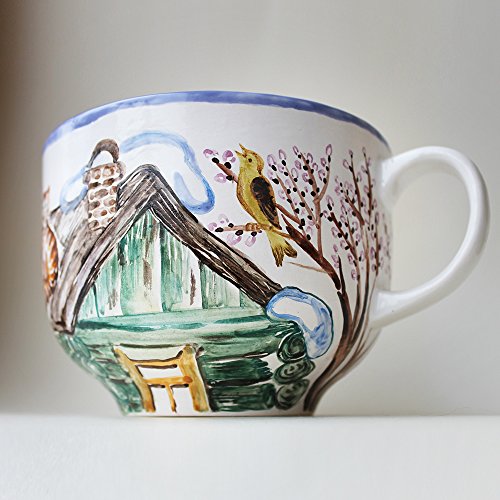 I love the traditional Polish stoneware pattern and started a small collection for those days when the soup is the star of the meal.

Here are some of the most beautiful soup mugs – some hand painted in the Maiolica style, others made from hand turned ceramic, stoneware and clay.

Is your dinner menu is centered around a steaming pot of soup and some grilled cheese goodness?  Bring out some fancy bowls or any of these extra large soup mugs that are pretty enough to display in your antique kitchen hutch!