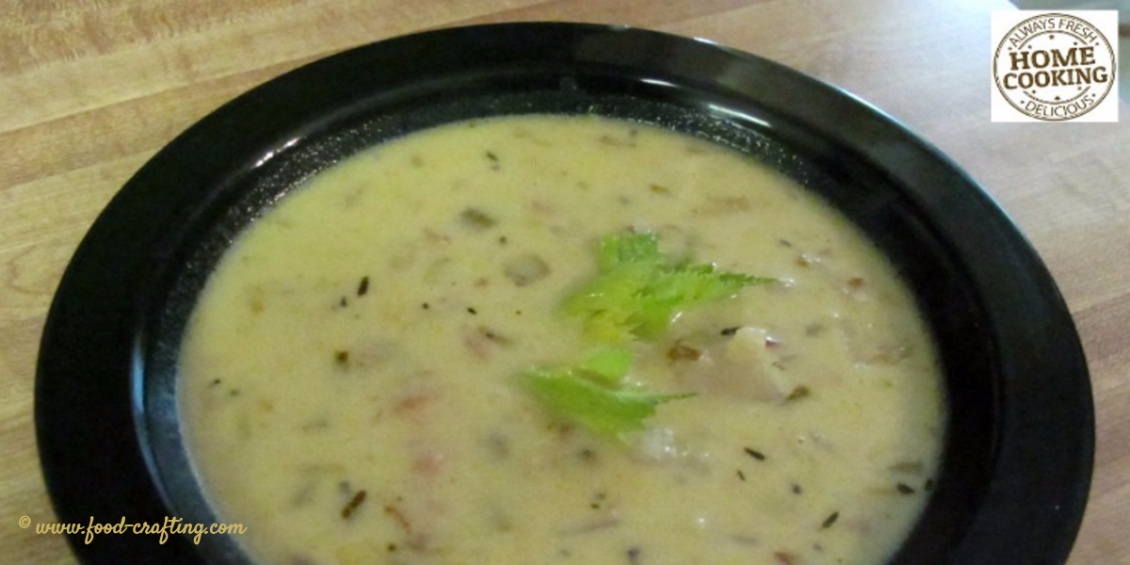 The Best New England Clam Chowder – My grandsons and I always have fun cooking  “special” requests during the summer.  The chowder was one such request they thought of as the perfect side dish to have with their packed sandwich lunch.

They are growing boys – taller than me this summer of 2017.  A sandwich with a side of fresh fruits and veggies just does not cut it anymore after a strenuous 2 and half hours of league volleyball.

==> These spoons are perfect for heavy soups like Clam Chowder! 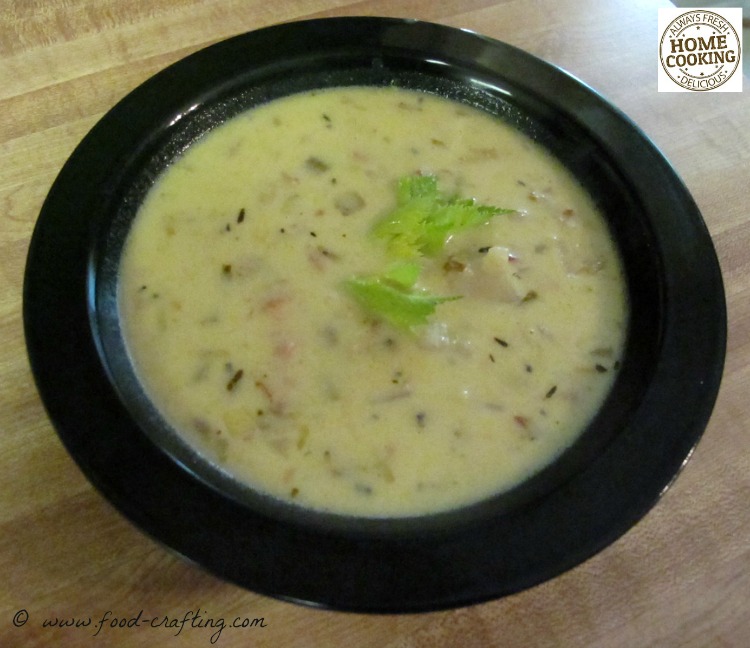 The boys have traveled extensively throughout half the country and even overseas. However, a year is not complete (even for the parents, grandparents and great-grands) without a trek to the ocean for a whiff of salt air, sneakers full of sand and lots of seafood – particularly a huge bowl of the best New England Clam Chowder they can eat!

It’s a tradition that dates back more than 80 years on both sides of the family.

During the early 30’s, my great-grandparents would take their grand-daughters on beach vacations to Ault Beach in the Somme.

My husband’s grandparents, who lived in Forest Hills, would vacation on Atlantic Beach.

He stills remembers the family cabana but especially the feel of the sand.

We even have connections to Cape Cod  and Boston where we sampled the best ever New England clam chowder at Durgin-Park.

These days, we cross the Chesapeake Bay and head for the Delaware beaches – where we always make time to eat clam chowder at our favorite seafood eatery.

I do believe the call of the ocean is in the genes.

It was high time to have something reminiscent of our beach trips.

Clam Chowder topped the list. With Nabisco® oyster crackers on the side. 🙂

The photo above illustrate the thick and creamy New England clam chowder found in restaurants such as Durgin-Park.

After a bowl of this chowder, there is no room for anything else on the menu!

Bring The Taste of The Ocean To Your Kitchen Table

My clam chowder is not quite as thick but it is far from being a broth.

The recipe contains milk and cream but I elected not to thicken it quite a much as authentic clam chowder.  Bacon bits remained afloat and so did the oyster crackers.

This does, however, not prevent anyone trying out my recipe to thicken the soup to authentic proportions.

Grandma received a “just as good as the restaurant” rating for her best Clam Chowder!  Only the restaurant decor and proximity to the beach were missing.

Adjust seasonings to taste and serve immediately with oyster crackers.